A few weeks before my sister’s wedding, (while sitting in my SUV) Sonodoro produced a tiny box from his pocket. In it was another ring, but this one had a stone! He told me it would have to do until he could afford a diamond.

My quick logic was:

While helping with the wedding preparation in Connecticut, my parents seeing this ring paired with the previous ring Sonodoro gave me, they thought we were married. I told them we weren’t married or engaged. At the time, I believed we weren’t engaged. But, looking ten years into the past, I can no longer say with certainty we weren’t engaged.

Growing up in rural Connecticut seeing someone who wasn’t White was like seeing a rainbow. It happens, it just doesn’t happen that much. My parents knew there was a larger world beyond the tiny town of 2,000— They taught my sister and me to love everyone. And, we did. She married a Jew and I brought my Guatemalan boyfriend to her wedding. 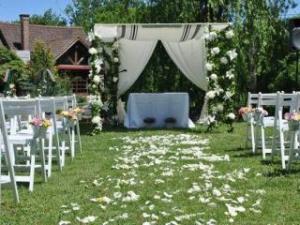 Prior to traveling to Connecticut for my sister’s wedding, I had a hateful job at a European Canadian co-Production company. I took the job, with the caveat I needed two weeks off in June to help my sister with her wedding. They agreed.

On the morning of my first day back, the boss called from his home in the hills. The temp answered, and the conversation went something like, “No, (name) I’m not going to do it… You do it.”

After a couple rounds of her telling the boss this phrase, she eventually passed the phone over to me. The boss fired me.

Like an idiot I stayed that day to train the temp (aka my replacement) on additional responsibilities of the desk. The end of my working tenure ended only a few weeks before I expected as I was planning on leaving when my job as a page at Paramount Pictures started.

The time off was good; It let my ulcer heal and I was able to exercise to lose the stress weight. One of these days I got a call from my parents. My grandfather died during heart surgery. They told me to stay in Los Angeles, citing I had just seen my grandfather in happier times and since I had just lost my job I should save my money.

I decided to walk to the grocery store. This would give me time to clear my head.

Sonodoro came over for dinner.  That night was similar to the rest of the nights he came for dinner; he asked to help. As always, I had him wash my pots. (It worked with PK, and it seemed like a worthy test of any man wanting to date me.)

A ghetto bird chirped outside my window. I didn’t notice; Sonodoro had to point it out to me. It was moments like this he seemed to enjoy teasing me about how nonchalant I became with my surroundings. I think he even found it endearing. I thought of myself like Daphne from Devil in a Blue Dress, I was able to traverse between two worlds. For me, these worlds were rural Connecticut and Los Angeles.

On this particular night he regaled me with what he saw early in the morning on his way to his 7am shift: He saw a pimp driving a car down Sunset Blvd (at Alexandria) tailing two of his employees. The pimp informed them he was just released from jail and they needed to come back and work for him. Sonodoro said the employees looked like a pinball as they darted back and forth across the road.

Sonodoro never elaborated if the pimp was trying to run the girls over or if he was just trying to talk with them and they were afraid and were avoiding the conversation.

I thought the story was charming. One could even argue that it gave my neighborhood character.

Having seen where I grew up, (it was a lot like Mayberry), during dinner, Sonodoro pointed out our differences. He reminded me he ran through the LA Riots to get home from school. He liked my childhood. He didn’t like where I lived now and he he didn’t like I was accustomed to living in a rough area. (It was only rough-ish.) He didn’t feel safe having me live there and he didn’t feel safe coming to visit me. He to pointed to chipped and bent door and doorframe, where someone used a crowbar to enter the apartment. Now, the gap allowed light from the hall to enter. He pointed out all our differences. Then he asked me to move in with him into his apartment in suburban Glendale.

Part of Sonodoro’s rationale for moving in together was so I could work part time at Paramount and write the rest of the time. It was a sweet gesture he believed in my creativity so much. I wasn’t sure about this. We had only been dating four months and I was still getting to know him. But, we got along very well and my family liked him. I had a key to Sonodoro’s place already. (A gift that happened in the first two weeks.) Despite our familiarity, I needed time to think.

I was at the Von’s in Glendale when I ran into the son of a college professor. He was living in Glendale with his fiancée. I told him what was happening and that Sonodoro invited me to move in with him. His advice, “you seem like you’re in love; go for it.”

Sonodoro and I met when I believed love could happen in an instant. I was a girl with little experience who was well-satiated on a diet of romance and romantic comedy films. The Bachelor was only in its second season and love in an instant seemed possible.

Sonodoro and I were completely fascinated by our differences. He called me exotic, but growing up in rural Connecticut, I only saw myself as plain vanilla. I liked knowing he played tackle football on concrete; it was terribly masculine (a characteristic my college boyfriend lacked). We marveled at our differences… even celebrated them. Take for example how we we observed the Fourth of July: I grew up watching fireworks in a pasture with milking cows (and rest of the town) while he stayed inside because neighbors would discharge their firearms into the air. 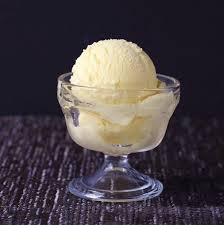 Despite our attraction and my idea of love in an instant, I clung to a strong desire to abstain from sex before marriage. My desire not to have sex was muddy. I had sexy times before, but a large part of me wanted to reserve this pastime for the confines of marriage. This made sex with Sonodoro enigmatic. Hell, one of my besties from freshman year of college told me he stopped fornicating and because of that his virginity was reborn. He elaborated, “even though you can’t undo biology, you can become a virgin from a spiritual standpoint.” I loved his complete honesty (I also loved that he used fornicating in a sentence). But, I digress….

So, according to my friend’s logic, even though I had fornicated, I can reclaim a spiritual virginity, and essentially undo the sex.

THAT’S WHAT I WANTED TO DO!

I explained my NO SEX BEFORE MARRIAGE decree to Sonodoro. He wanted to make me happy, so he agreed to it. Every time he kissed me or touched my hand, I felt conflicted. We’d kiss and caress… I’d back away and we’d stop. Then, we’d start kissing again. The pattern continued several times before his soft sell (I’m aware of the pun) continued before I indulged. When we had sex, we both felt bad— he with his Catholic guilt for “pushing” and me for letting myself and God down. But, even with our guilt, it didn’t stop us from having sex. We just REALLY liked each other’s company. He didn’t force me; I let it happen. After the act, he would always apologize and kiss me sweetly; I thought it was nice he felt bad. After that, we’d go for weeks of not having sex. (Well, it might not have been weeks, but it sure felt like it.)

So, early in our relationship we were feeling bad about having sex and letting each other down. While on one of our dates to Sonodoro’s old neighborhood, he showed me the little wedding chapel where he and his first wife got married.

Ok…. So my fabulous new boyfriend who I thought is relatively untouched has an ex-wife!?

I guess I’ll keep dating him.

“But, when we go back home,” I told him, “You can’t tell Mom and Dad you were married.”

Yes, this hopeless romantic and love in the age of Instant Pudding girl was taking her new boyfriend to her baby sister’s wedding in Connecticut.

Musings on life and society